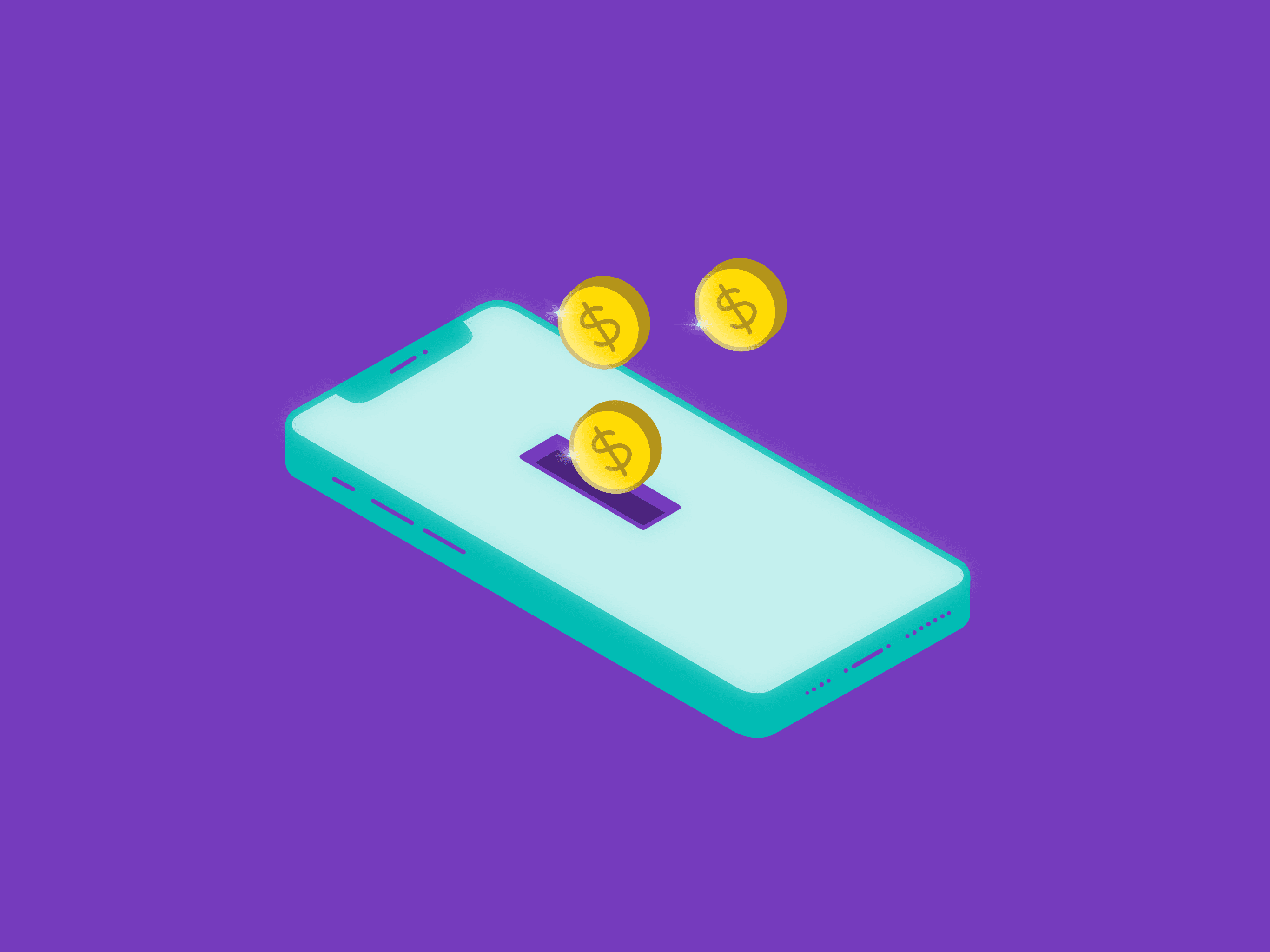 Depending on where you’re looking, building a mobile app can cost anywhere between a decent amount and your life savings. According to Clutch.co, the average mobile app development costs $171,450. However, some calculators estimate that it could be as high as $350,000. App development companies can charge anywhere between $100,000 and $500,000 based on several factors.

What are the biggest factors? What features do I need? What is app maintenance? Who can develop my idea? Can I develop an app that will do my laundry for me?

Almost all of these questions will be answered below:

When creating your app, you will hear many agencies quote you an hourly rate. While this hourly rate is valid, this does not take into account how efficiently someone will work on your project. One agency could have a cheaper hourly rate, but take twice as long to finish your app. For cost, you will always want to ask for the full build price and what that includes. That way, you can reasonably compare your vendor quotes.

While your overall build cost will fluctuate based on your app’s complexity and time commitment, some other decisions to consider are research and design, platform language, and features.

Research and Design can make or break your project. Someone will need to design how the user interface will look, and ideally test that design with real users. If you have a UX designer working on your app, they will create how screens will look and function as well as handle user testing.

Most project quotes will not necessarily include research and design.  Without this included, your app will likely be difficult to use, may look unprofessional, and will be inconsistent with your company brand. Find a company that will help you with the research and design process.

If you have a simpler app, a freelancer may quote you approximately $5,000-10,000 for design alone. A development agency that includes research and design will be higher, usually between $20,000 and $40,000 (We’ll talk more about freelancer vs. agency below).

Platform language is another important factor. Your platform language will either be native or hybrid, with your platform options being iOS and Android. Native apps are rewritten for each platform, so someone will need to write the code twice, once for iOS and again for Android. While you’ll be able to optimize the app more, it is a tad bit more expensive.

About 70% of apps created here at Slingshot are hybrid. Hybrid languages like Xamarin or React Native allow developers to create a single code-base that works on both iOS and Android.   Although your code is only written once (as opposed to twice for native), the cost is not half as much. You still have to test across iOS and Android, and there will be some code customized to each platform. Generally speaking, expect a Hybrid app to be about 20-30% cheaper than going native.

Always ask your developer if your cost estimate is the hybrid or native price.   If it is native, are they writing for both platforms or only one?

One of the biggest cost deciders is features. Features are activities your app is capable of doing. Each individual feature differs in length of time to implement, but the longer they take, the more expensive they are. The complexity of the feature matters too. For example, you can have a simple text push notification, or one with images and action buttons.

The most common features for an app are:

This is the most common feature. Whether you’re wanting your own personalized log in or the user-friendly social sign-on, most apps need some way to recognize a user.

Notifications are updates your app can send that keeps users engaged. The biggest deciding factor is which type of notification you’ll be sending: simple text, media pop-ups, or action buttons.

This is the foundation that your mobile app is built on. Clicking, scrolling, swiping; it’s how users get around your application. While the idea of your user interface is created in the design phase, the code will still need to be developed.

If you want video, image, or audio sharing on your mobile app, it will have to be developed. Almost any networking app will need some kind of media content (think of LinkedIn).

This feature is the reason for that 92.1 billion dollar spend. Without payment integration, you can’t collect cash.

Anyone who has used the internet has searched for something. It’s much easier to get your users engaged with a search option.

Phone capabilities can be very useful to your app. GPS, camera, and fingerprint scanning can all be utilized. Sensor usage can be on the low end of time spent and complexity.

Some features are on the pricey side. Here are some of the most expensive features:

Although one of the most popular features, an intricate push notification can take anywhere between 4 and 6 weeks to implement.

Chat is popular on social networking apps. As we’ve mentioned, complexity matters. A simple chat can take around 1 to 2 weeks. Complex, multi-feature chats could take upwards of 2 months!

To make money, you gotta spend money. Simple payment integration could take at least a week and a half, more complex it goes up from there.

If you have an app that gets data from an online source, you still may want users to access it without an Internet connection. Simply viewing data could take a week to implement, while updating large data-sets could add 4-6 weeks to the project.

If you want your users to be able to personalize the outlook of the app, it will have to be developed. This could take just under a week to create a reusable element.

Tip: Make a list of all the features you want in your app, and then prioritize them. You’ll be able to save money by removing features you may want, but don’t really need.  A good development agency will help you in this process.

Just because your app is developed doesn’t mean the party’s over. To make sure your app is competitive, you’ll need someone to be actively monitoring and updating as needed. Things you may run into are: recent platform updates that could break a feature, newly released phones to test, new app store policies, ever-changing platform rules, and minor tweaks and changes that are needed based on user feedback.

Tip: When budgeting for your app, make sure to include maintenance costs. Ask your developer what it will cost for annual maintenance.

Who can develop my idea?

So you have your idea for an app, but where do you go? To create a successful app, you’ll need someone to fill the positions of project manager, designer, mobile developer (2 mobile developers if you want to go the native route, 1 if you go cross-platform), and back-end developer.

Sometimes a single developer can cover multiple roles but if you want a professionally designed and easy to use app you’ll need to employ at least a designer in addition.

One option is to hire freelancers. They are self-employed and work on a contractual basis. You’ll have either one person or a group of freelancers designing your entire app from idea to store-upload.

While freelancers can be projected as cheaper, there are some downsides. You’ll have to research and find each member of the team yourself, or have one person do everything. No matter how many people you choose, you’ll need to coordinate deadlines, team-building, and budget all on your own.

A freelance developer will also usually have several other contracts going at the same time, so you may only get between 10-20 hours per week dedicated to your idea. This means that it will take much longer to develop.

Long term support is also an issue. Once your app is complete, your freelancer may not be readily available to maintain or update your mobile app. Even worse, your freelancer could decide to stop freelancing all together (this happens quite a bit when a freelancer decides to take a full time job instead). While there’s the possibility of them still working with you part time, it could only amount to 5 hours per week.

Your other option is to hire a development agency. These are companies that are only focused on developing software and applications. You’ll have a team of designers, project managers, and developers to work on your idea.

Speed is another factor; a development agency moves much faster than a freelance developer. With multiple designers and developers on your project, they’ll be able to work quicker and with more efficiency. A development agency has also seen several different problems and applications before across their entire agency, so they may have experience developing a solution similar to what you’re trying to do.

Support is not an issue with a development agency. Not only will your app be well-monitored, you’ll have an entire team to rely on instead of one individual. Additionally, development agencies typically have specialists, so there is a good chance you’re getting expertise in multiple areas all working together on your project. Development agencies are also generally more reliable as far as being with you for the long haul.

Obviously, Slingshot is a development agency. But what we say is true! We have the ability to make the mobile app of your dreams, but we won’t move forward with your idea unless we know it will benefit you. We help you with research and design, discussing changes, and your overall scope. Our average hybrid app costs between $100,000 to $150,000 which includes design and development. Did we hook you?

When it comes to the question of what it will cost overall to make your mobile app, you have to take into account several factors. How complex is your app? Do you want to be on both iOS and Android? What features do you need? Will you be investing in research and design?

Make sure that you know exactly what your quoted price entails. Make sure that you’re getting the total price estimate, not just the hourly rate. Take a look at what they’ve developed so far and ask how those apps were priced. Good luck on your app!

Read our Blog: Steps to Build a Mobile App

Steps to build a mobile app

Get the latest news from Slingshot