Why I Became a Developer – Interviews with our Team

By Savannah ThienemanApril 2, 2021No Comments

Home » Why I Became a Developer – Interviews with our Team

Our team of developers have a wide range of expertise’s and personalities. Each one had a different journey to get to where they are. Whether you’re an aspiring developer, or you’re looking to learn more about who we are, here’s a look into some of our development squad. 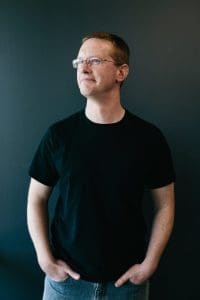 In college. I discovered that I had as much fun writing code as I did playing video games. Ironically, I don’t play video games any more.

I have a B.A. and M.S. in computer science, but honestly, 99% of what I use day-to-day is stuff I either taught myself, or learned on the job.

Pros: If you love doing it, then you will feel like you are conning everybody into paying you to do something you enjoy, and of course, the pay is really good. 😉

Cons: You don’t get to spend a lot of time outdoors, and context switching can be a real mental drag.

Definitely go to college, because there you will learn how to deal with deadlines, work on teams, and do analytical thinking. Outside of class, spend some time contributing to OSS projects to start building a resume. 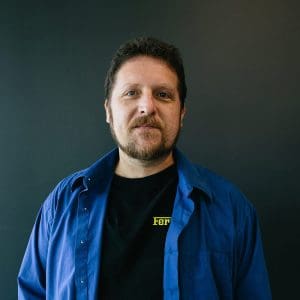 I spin a lot of plates, but if I had to nail it down to a single thing, it would have to be web development.

My father gifted me a Tandy Color Computer III when I was 12 years old and I started programming with that, but it was more of a novelty than anything else. Then I got into high school and started messing around with BASICA on MS-DOS, but still it was mostly a hobby.

The first time I used a computer that was connected to other computers was when I started college and they assigned me a user account on the Honeywell PrimeOS machine.  Seeing how different users could talk to each other, and even reach out to other people at other universities and chat as if they were in the same room was akin to a religious experience. I quickly forgot about my mechanical engineering major and went all-in on the computer track.

Very little, formally. The university I attended didn’t have a CS program – the only way to do computer studies was either through the math or  business department. I picked up some electives that taught C++, but by that point I’d logged so many hours in the computer lab that those classes were easy A’s. Most of what I learned initially was from library books, reading forums, following Internet Relay Chat channels, and modifying code. Once the Internet took off in the late 90s, that sort of self-education became simpler and much more effective.

First and most importantly, you’ve got to love the code. Writing it, reading it, improving on it, refactoring it, studying it, learning new techniques and processes, eat, sleep, breathe, live it. You also need the proper mindset – the majority of writing code isn’t in the writing, it’s in figuring out why it didn’t work.

The obvious favorite is creating order from chaos. Taking a handful of bits and flinging them out into the universe in such a way as to impose my will on the digital landscape is the closest thing I’ll ever see to real magic.

My least favorite part would have to be budgets — both time and money. I constantly have to reign in my desire to expand scope to ludicrous levels in order to deliver the best and most rewarding experience possible to the people I serve.

For me the biggest perk is getting paid to do what I love. The only disadvantage is the insubstantial nature of the industry. I’ve spent an entire career building solutions to countless problems using millions of lines of code, but if the power goes off, I’ve got nothing to show for it.  But then, that’s why I have hobbies.

I would offer the same advice I give my children about marriage — do it for love, not money. 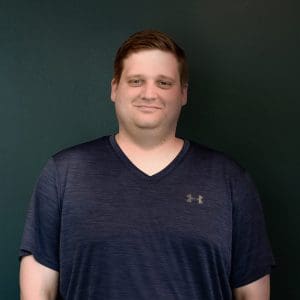 I do a little bit of everything but I would say mostly .Net and Vue

I didn’t actually know much about software development until college. I started at UK as a chemical engineering major (gross). After a weird series of events involving kidney stones and some housing issues, I ended up back home at UofL in the Industrial Engineering department. I had to take software development for non software developers and it just clicked. I was good at it and I enjoyed it because it was 100% logical thinking. I switched my major to computer engineering the next semester and never looked back.

I have a Computer Engineering/Computer Science (1 degree with a slash because I guess UofL couldn’t come up with a more succinct name) from UofL. I graduated in 2015.

I think attention to detail and adaptability are both very important to be a developer. One line of misinformed code could be all it takes to cause a level 10 meltdown of everyone around you. Rolling with the punches and understanding that things are going to have to be redone and not getting overly frustrated about it is a good trait to have.

My favorite part about development is that rhythm you get into when you have everything you need to accomplish the task.  My least favorite part is probably just the stress associated with wanting everything to be perfect without always having the time to ensure it is.

Not gonna lie – the job usually pays pretty well. There’s also a high demand with a small talent pool so as long as you know your stuff, it’s generally not too hard to get in somewhere.

The disadvantages are that everyone in your family and friend group that aren’t developers assume you are IT support and start asking questions about why their computer won’t connect to the printer.

Make sure you understand the basics of how development works. I would start on a low level language like C where very little is done for you – so instead of C# creating and managing list sizes for you, you can allocate memory and initialize the list yourself. In doing something like this it tends to become easier to understand how to optimize something in a higher level language. 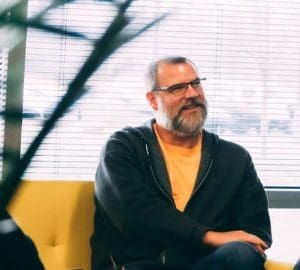 All through high school I wanted to go to college to be a marine biologist, until I had a collapsed lung that stopped me from ever being able to scuba dive. That’s when I switched to programming, since I had been programming for fun since the 5th grade.

2 years of college, many training classes, lots of programming for fun, and lots of on the job experience.

Being able to think logically and being very inquisitive.

Fav: Being able to create something from the ground up and see the end results. Least Least Fav: In casual conversation, people learn you are in tech, and they want you to fix their tech problems.

Read / Listen to everything you can regarding Development, always be seeking out new information. 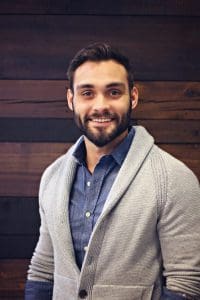 C# .NET, AWS and IAC (as a team lead, I solve problems from process to production)

I started programming at a young age, but I didn’t enter the career until later in life. I’m still not sure I want to ‘grow up,’ and that’s why I’m lucky to work with the big kids and daredevils at Slingshot.

I’m self taught. I started teaching myself around 10 years old when I read the book: HTML for Dummies. I remember reading it and thinking, I’m a dummy, I can do this. From there, I spent the next several years learning a plethora of languages and getting involved in digital programming and hacking communities.

A great developer once told me, “you have to love the learning curve, especially the steep inclines, and you have to embrace the fundamental truth that there will always be someone more capable than you.” The qualities behind that are perseverance and humility. If you are consistently finding complex problems to solve and forgiving yourself for not already knowing the answer, you’re a good developer in my opinion.

Favorite: when it compiles first try without errors.

Least favorite: when you fix all the errors and it compiles with new errors in an amount that exceeds the number you’ve already fixed.

One perk is that you’ll never run out of things to learn. One con is that your significant other will have a hard time understanding what you do for a living unless they are also a developer.

Do it. Don’t wait. Write code. Embrace the steep inclines on the learning curve.